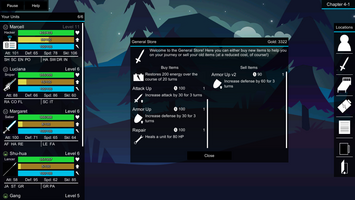 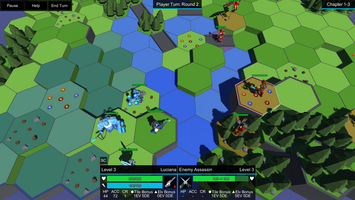 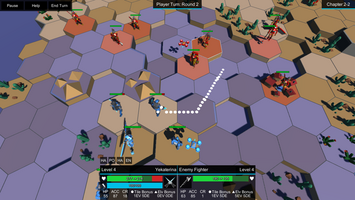 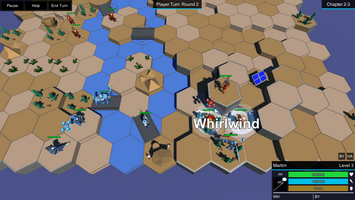 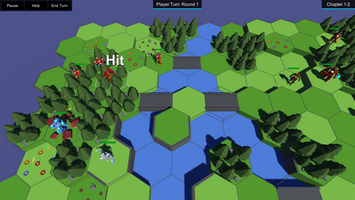 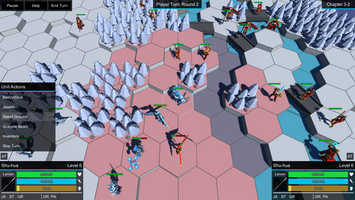 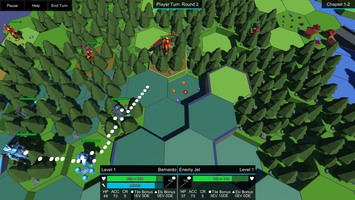 We’re happy to officially release War for Athelay out of Early Access and into the full release. For those who are new, War for Athelay is a turn-based strategy game where you send units into procedurally generated arenas to fight enemy units. To view more information, check out the project description page.

For people who are returning, this final release is our biggest update to date. We have story content, a new chapter, balance changes, among other items we think help fill out the game.

We’ve added a little bit of a story to help explain why you and your units are fighting. Now before you start a run and after you finish a run you’ll get a short description on what’s going on. With this story update we’ve also unlocked the 4th chapter of the game. Chapter 4 brings with it a new map, and 2 new bosses that you’ll be able to take on. On top of all of that, there is now a final boss arena in the game that you’ll only encounter when you meet certain conditions.

We’ve added a settings menu to the game. Below are the settings we currently have:

We have made multiple changes to hopefully make the experience of playing feel smoother and more complete. There are now transitions when changing scenes to make the flow from one location to the next feel less abrupt. Music now plays throughout the game, and attacks now have sound effects as well (the volume of both of which can be modified in the settings menu as explained above).

Healer, Hacker, Jet, Lancer, and Saber all have new special abilities while Jet, Hacker, Sniper, Healer, and Assassin have new traits. Assassin’s pickpocket has also been modified to have a rare chance of giving an item. 11 new general traits have also been added.

In this last release, we have added 13 new events to the game. We hope these will add a little more variety to runs!